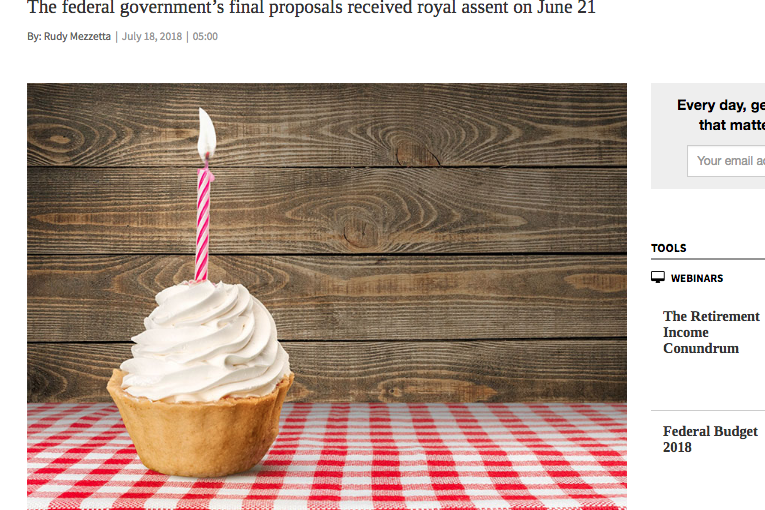 As we enter the last quarter of 2018, more than a year after the proposed federal tax changes that impact entrepreneurs and business owners, a reminder of the changes is helpful especially for those that have an investment implication. These impacts include:

For a fulsome review, the Investment Executive Article offers a number of resources HERE.

This process began in July 2017 and engaged over 20,000 responses primarily from small business owners. The push back included the Canadian Chamber of Commerce President, Perrin Beatty who thundered that small businesses “will need to prepare to be challenged by the government’s auditors for how they invest their profits, employ members of their family and more.”

Further concessions were made to modify the definitions of family members who work and run businesses in order to draw income. This was due in part to the continuing ‘negotiations’ of the 2017 impacts of the new tax structure for entrepreneurs. If you have not talked to a tax advisor, we suggest you ‘make haste’ to manage the impact of the changes.

Here’s a recap of the December 15th tax change update

Clients who are incorporated small business owners and hold significant retained earnings in their private corporations should consider whether it makes sense to pay out additional dividends before the end of 2017 rather than wait until the new year to do so, several tax experts suggest.

This article from Executive Investment may offer some tactics to prepare for in 2018.